I would just keep reading and see how it plays out, because this would only happen in a story. Giant squid (Archeteuthis dux) are extremely elusive. Only about 7 human beings have ever seen a living giant squid, and it wasn’t in person- it was on a video monitor on a ship linked to a camera at the end of a mile and a half long tether hanging in deep water.

That footage was groundbreaking because humans and giant squid have no opportunities to meet one another. These squid live at fantastic depths and never come to the surface unless they’re extremely sick and dying. The only reason we even know about their existence is because they wash up on beaches after they die, and deep sea trawlers sometimes catch them in deep sea nets as by-catch. The squid never survive the trip to the surface, though. They are invariably crushed under the weight of the fish in the net and/or the decompression. Judging by just how many we find (and we find them all over the world) They’re obviously fairly common, yet we know very little about them. Like I said, a living one was finally captured on video just a few years ago (in 2012, and the same team did it again last year) 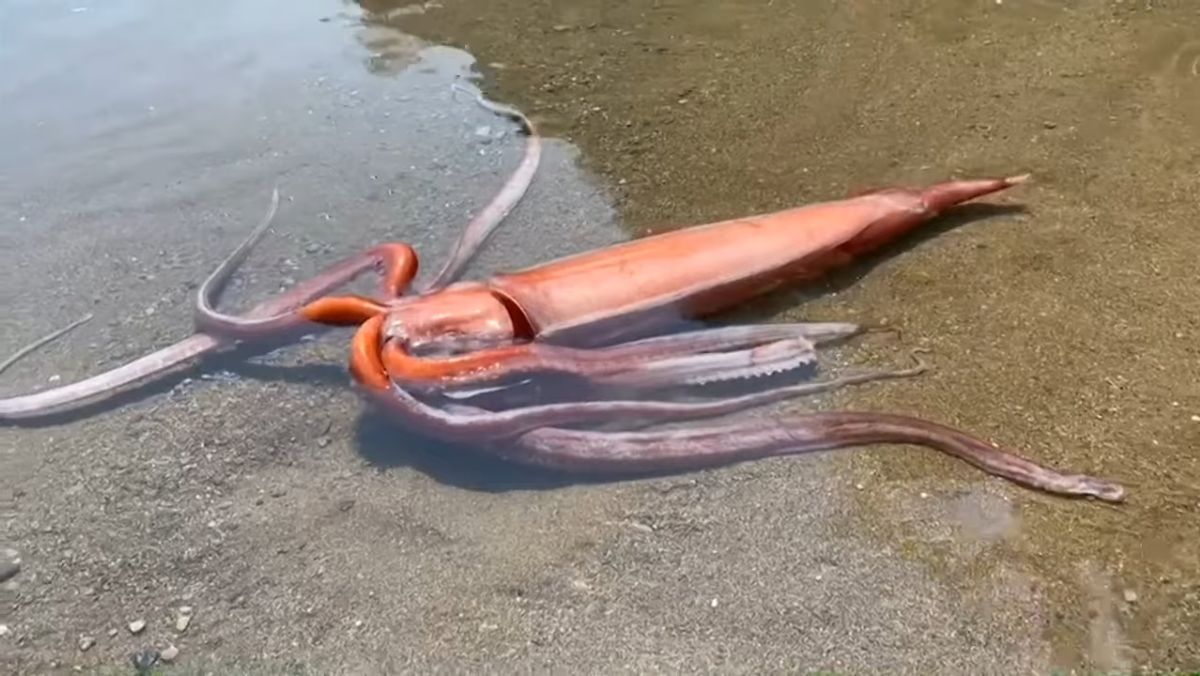 Giant squid seem like prototypical sea monsters, and have certainly inspired storytellers for hundreds of years. It’s easy to see how the very idea of a gargantuan squid surging up from the depths and dragging ships to their doom haunts the imaginations of many, but the truth is a little sobering. 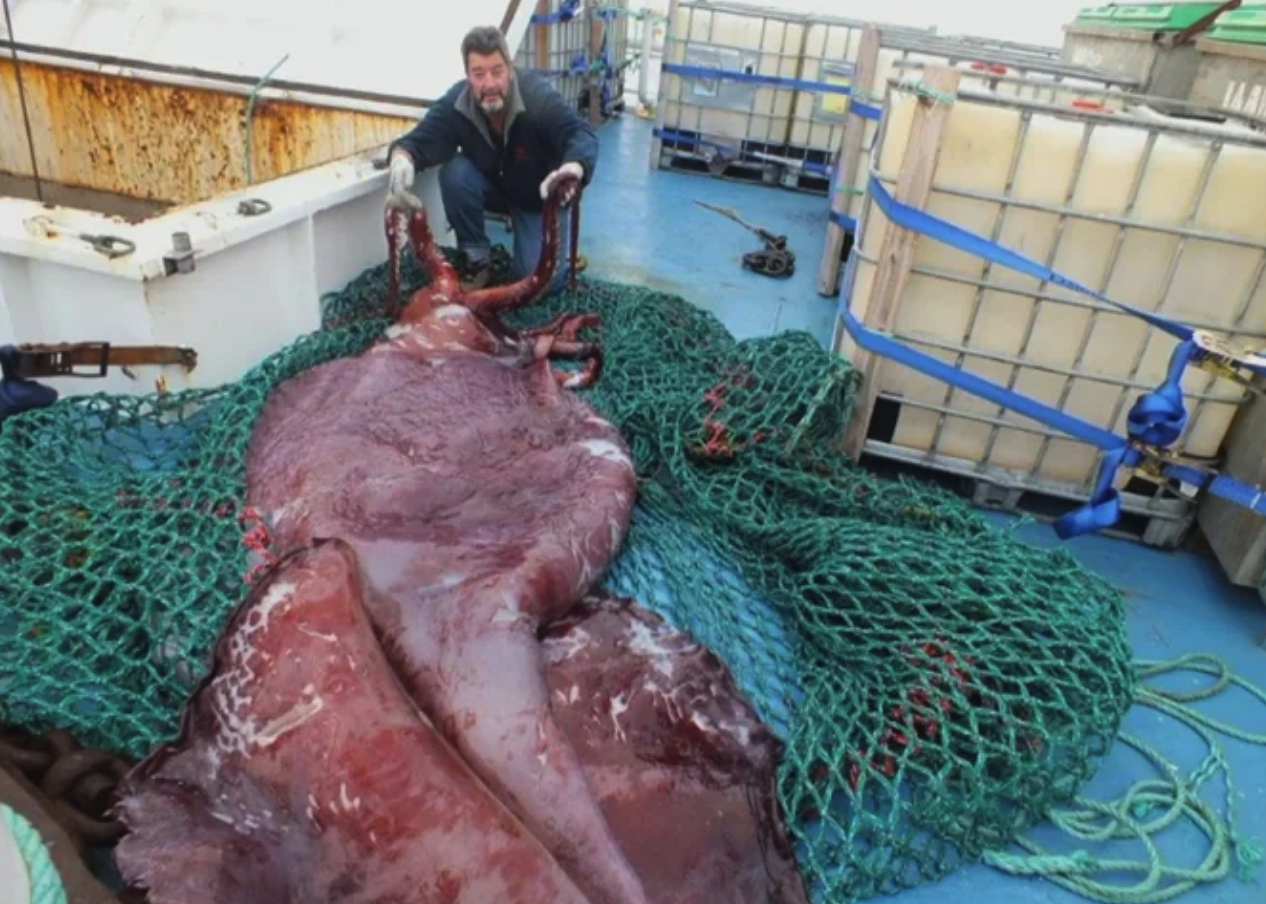 Giant squid aren’t that giant. Oh they’re big alright, but not pull a ship under big. They can reach 40 feet long, but most of that length is in their arms and two long feeding tentacles. The body of a giant squid tops off at about 6 feet long and about a foot in diameter. Overall they weigh about 200 lbs or so. Here’s an adult specimen laid out:

If, for whatever reason, there was an interaction, I can’t imagine a human being having much of a chance against an adult giant squid. The suckers that line their 10 rope-like arms are also ringed with sharp teeth. 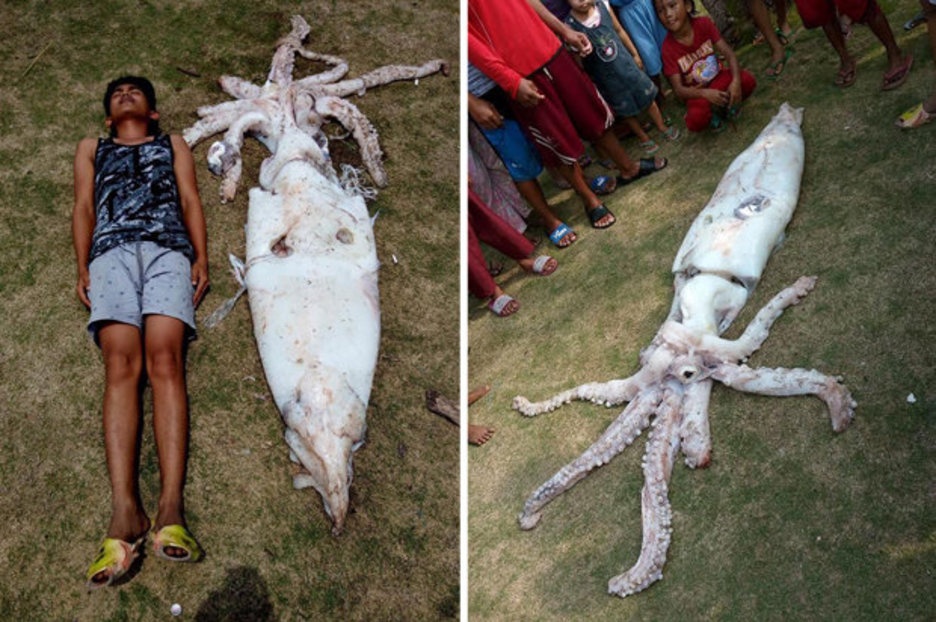 Just being grabbed by one would flay a persons skin. Look at what those suckers do to sperm whales:

There are some large squid in the ocean that definitely can be dangerous to humans- the Humboldt squid. They don’t frequent the same waters that regular people do (usually keeping to the deeper parts of the ocean) But clocking in at about 2/3 the size of the Giants, complete with similar toothy suckers, Dosidicus gigas are fearsome hunters: they school and work together to catch prey, and are known to be aggressive. Local fisherman tell tales of the “Red Devil” snatching unsuspecting sailors off the decks of ships, but again the reality is a bit more timid: These squid are far more interested in pouncing on schools of fish like an organized pack of wolves than looking for ships to terrorize. As I said, being deep water critters, people generally have to go to these squid to wind up in dangerous situations, but it has happened. There are even outfits that do organized shark cage dives into schools of humboldt squid! 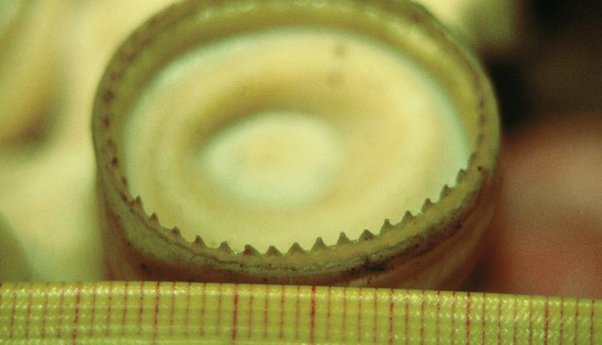 There are plenty of creatures under the waves that could make a meal out of you, but the elusive and mysterious Giant Squid is among the least of your worries. Until we know more about it’s behavior and ecology, I’m afraid we’re just stuck with stories.

Would a human have any chance of fighting off a giant squid in the ocean?

Let’s get one thing straight right up front. A human would not have a chance to ENCOUNTER a giant squid in the ocean. No way, nada, zip, zero. 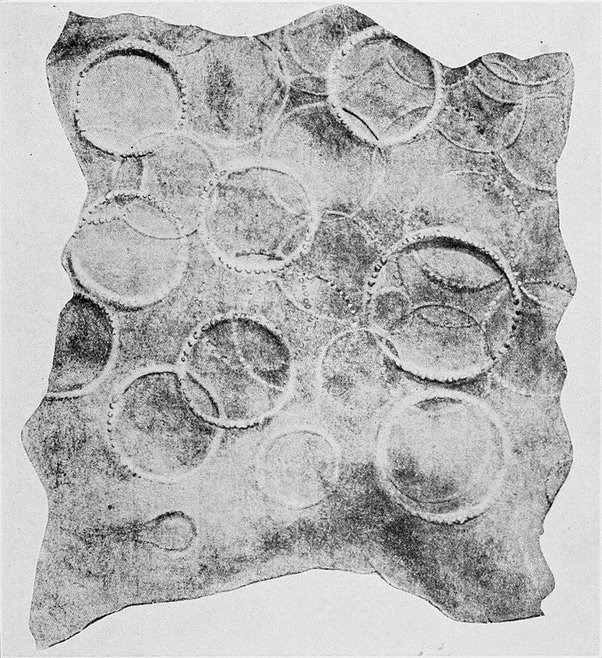 Giant squids live in the deepest depths of the sea and only come to the surface when they’re dying. They are so elusive that humans never even saw a healthy, living giant squid until a team managed to film one off the coast of Japan in 2004.

That team never even got in the water- a video camera and a special electronic lure meant to mimic a deep sea creature in distress was attached to a long cable which was lowered about two miles deep. The team saw the whole thing from a room on the ship. 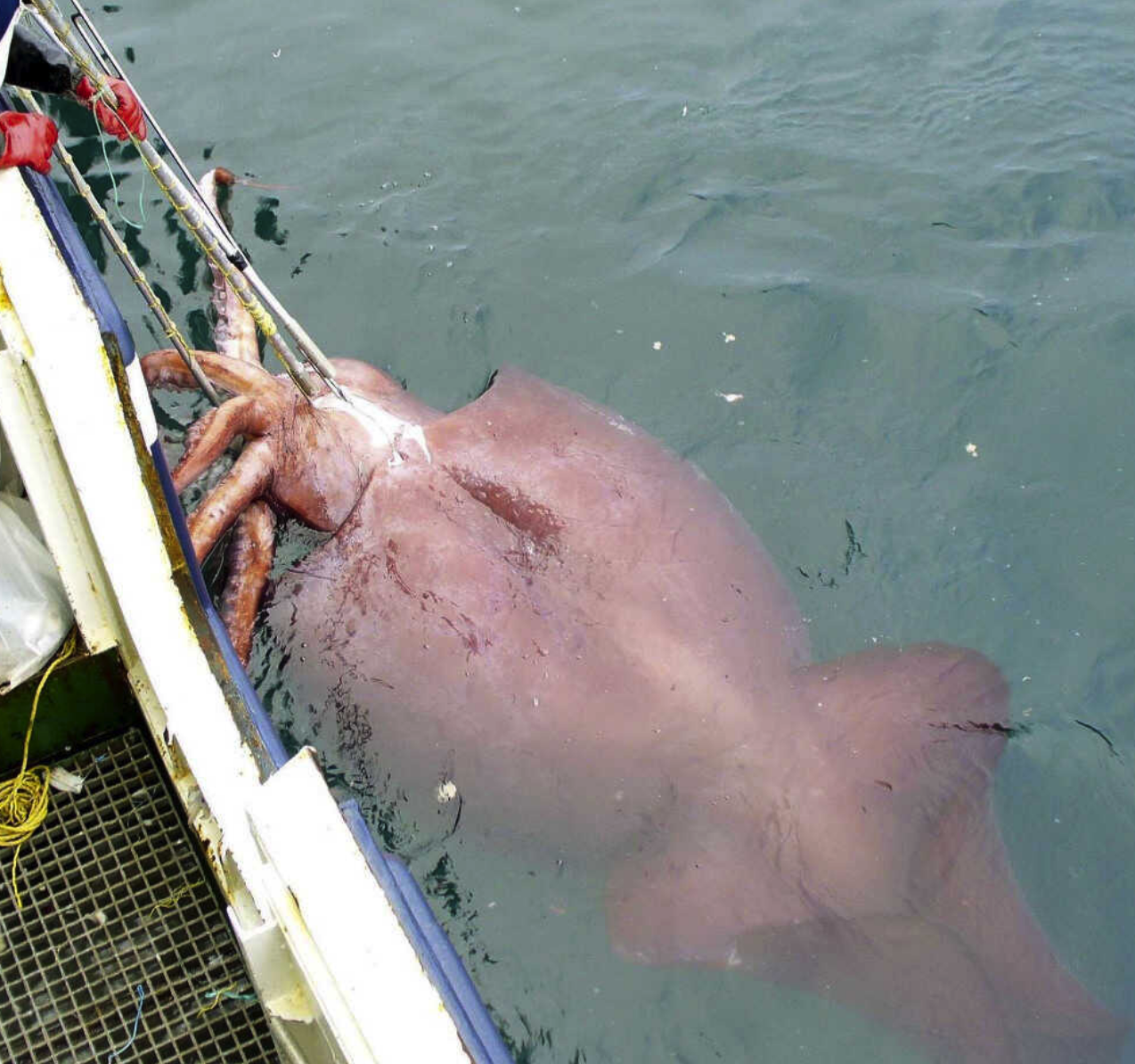 The team did it again just a few months ago (2019) in the Gulf of Mexico, again lowering the device and camera down to the darkest depths of the Gulf.

Now, to answer your question. Before those two videos, the answer would have been “nobody knows”. It was previously hypothesized that giant squids were slow moving scavengers, but the video footage clearly shows they are active hunters. We still don’t know anything about how fast, how strong, or how agile they are, but if I were to place a bet, I would say…. 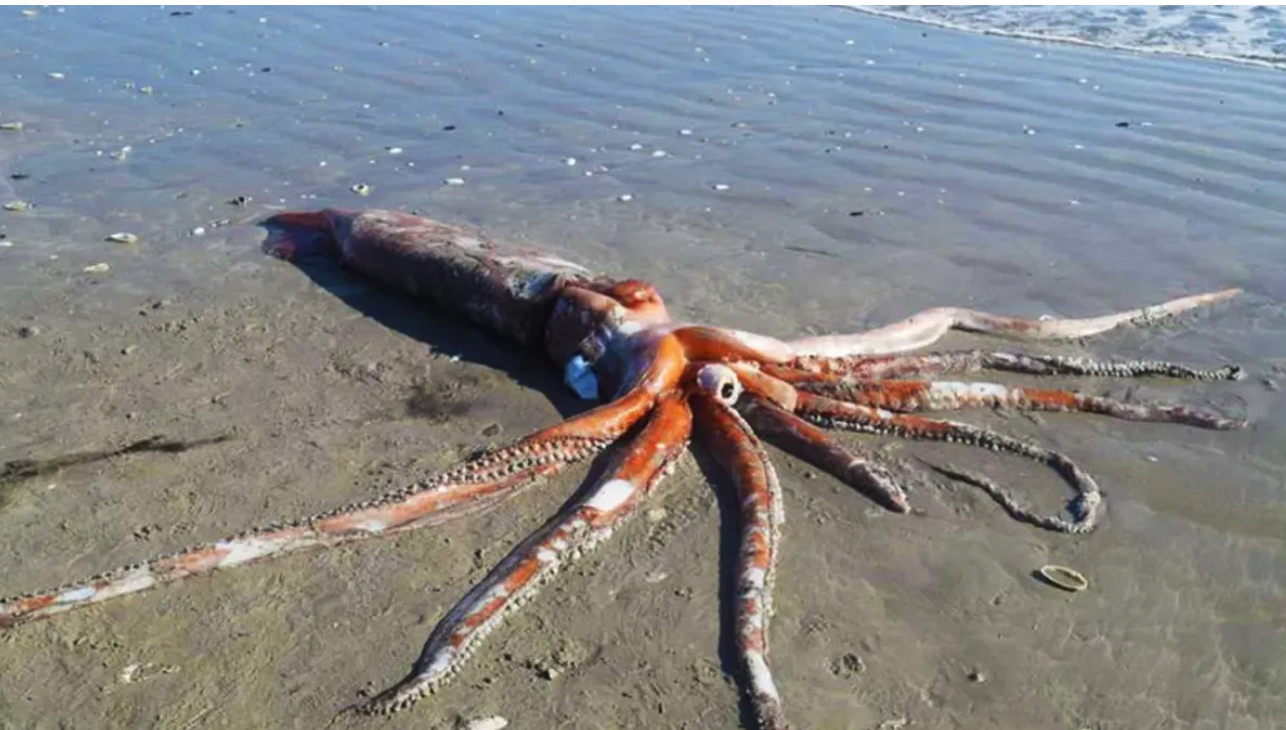 Well, there’s another consideration. Another large squid, the Humboldt Squid, is plentiful off the west coast of North America. These squid are “only” about a meter and a half long, but they are fast, strong, and very aggressive, and can easily overpower divers. There are firms that run cage dives with Humboldt squid, just like shark cage dives. Luckily, they typically live way out in the deep sea and rarely come close to shore, so even they rarely ever encounter people.

…So in a match between a person and the literal inspiration for the mighty Kraken, I’d say there’s no way in the world a human breaks free. I think a full grown giant squid would completely smother even the most capable human, and very likely do it without much effort.